A Friends of the Earth Africa position paper on gas exploitation in Africa.

Ahead of COP27, this position paper highlights the damaging impacts of the climate crisis which are already experienced by communities across Africa, and the world. As world leaders and negotiators meet for another round of UN climate talks, the impacts of global warming are becoming more frequent and extreme. The African continent is historically the least polluting, but worst hit. It is warming the fastest among the other continents and has the fewest resources to adapt.

The paper focuses on the latest push for African gas for export to Europe, which will further incinerate Africa, as scientific reports and analysis have pointed out. Gas is not a clean fuel, or a transition fuel. Gas is not needed for development. Gas has never been a sustainable energy model, owing to the havoc it has wreaked on many developing countries and its contribution to global CO2 emissions.

Calls for a just transition to renewables

Friends of the Earth Africa bring clear demands in “Don’t let Africa burn!”, and call alternatives to exploiting for gas on the continent. They call on world governments to adopt their plan to achieve 100% renewable energy in Africa by 2050. This vision for system change and technical plan shows that it is not only urgent but entirely possible to reduce emissions, transform the energy system and support a just recovery on the continent.

“Don’t let Africa burn” clearly states that energy should not be developed solely for profit, but to ensure the dignity of all peoples and reduce energy poverty so as to catalyse sustainable societies. At COP27 in Egypt, and beyong, African governments must work with the people and remove all obstacles that may retard progress and/or detract from attaining this goal. The report is also available in French and Portuguese. Montreal – The new Global Biodiversity Framework (GBF) announced today fails to lay the groundwork for the transformational change needed to address the biodiversity crisis. The Chinese presidency adopted the text despite clear opposition from the Democratic Republic...

END_OF_DOCUMENT_TOKEN_TO_BE_REPLACED 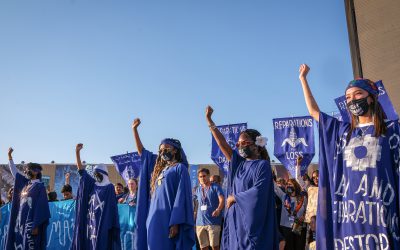 PRESS RELEASE for immediate release – Sunday 20 November 2022, Sharm El-Sheikh A historic breakthrough in deadlocked COP27 talks means a loss and damage fund to compensate developing countries for the irreversible impacts of climate change has been established,...